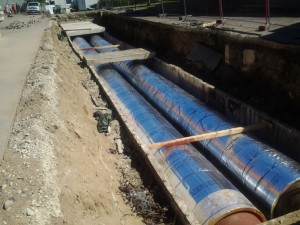 Insulation of the pipeline was replaced, all assembly units were reconstructed, DN800 on-off valves were installed, compensators of the DN1200 pipeline were replaced, structures of the reinforced concrete channel were replaced, where necessary, hydro insulation was built for the entire channel and the existing condition was restored. 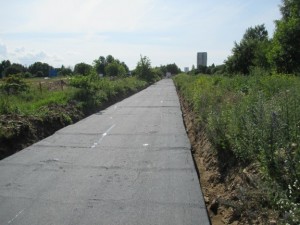 For insulation, PUR shell with the thickness of 120 and 90 mm made by AS KE INFRA was used.